What would happen if people could carry out photosynthesis?

Imagine this: We would escape the money system and change economic structures. We would avoid the system of land ownership and possession of natural resources. We would have fewer hours at work and more of our own time. Natural energy would be used efficiently. Our bodies and minds would be healthy; we would live in harmony with the environment.

I actually planted a seed of muskmelon in my left chest, and monitored the passage of the affected area for a certain time.

“The Photosynthesizers” (2008-) is a coined word referring to people who perform photosynthesis. The photosynthetic people who produce mother milk from an electromagnetic wave, water and air. The project embody and visualize the situation around the Photosynthesizers and their latent history and culture to show the actual relationship between nature and humans. The project was captured and expressed in photographs, film, prose, performance, sculpture and a blog, the Photosynthesizer’s Journal. The project is half-fictional and half-realistic and functions as an allegory of contemporary life. It envisions a mentally altruistic human existence through physical symbiosis with plants, which are seen as being on a higher spiritual level. 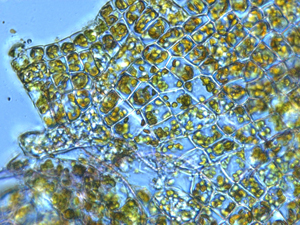