A friend told me the story. When he was child, one day, his elder brother came back home with his eye red after playing in the field. None of his family cared about his red eye seriously because they thought he had simply got a speck of dust or something in it. But his eye was still bloodshot after a week, moreover, the pain was getting worse. His parents worried about it and took him an eye doctor. According to the doctor’s consultation, a seed of weeds got into the brother’s eye and it had managed to plant roots. The condition of an eye is a good environment for plant’s growth which needs enough water, air and light. The temperature of an eye would seem to be suited for rooting too. This story inspired me to make the next practice “Vegetable Growing in Tears”. Later I’ve heard about the same case but nose. 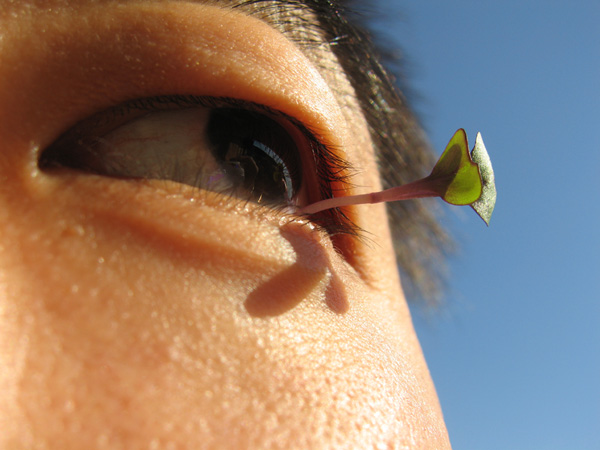