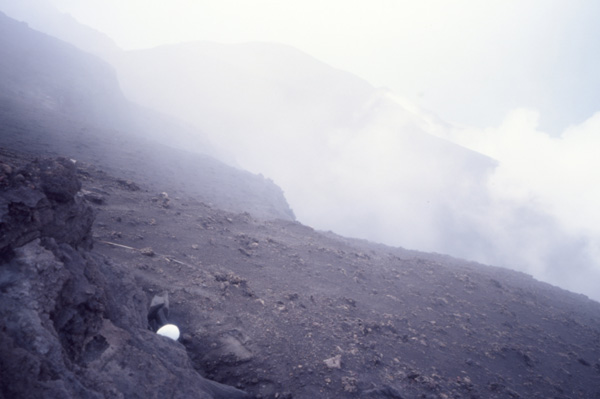 Produce egg at the top of active volcano, and let volcano irritate the egg to hatch. 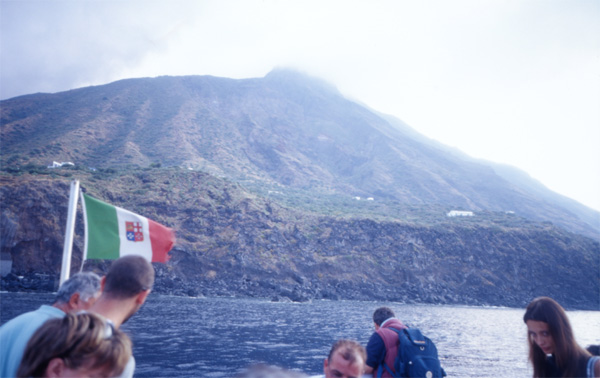 Stromboli is a beautiful volcanic island where you can feel the comfortable faint atmosphere of being in the remotest land.
Ferries leave Naples and the town of Milazzo in Sicily for the island. 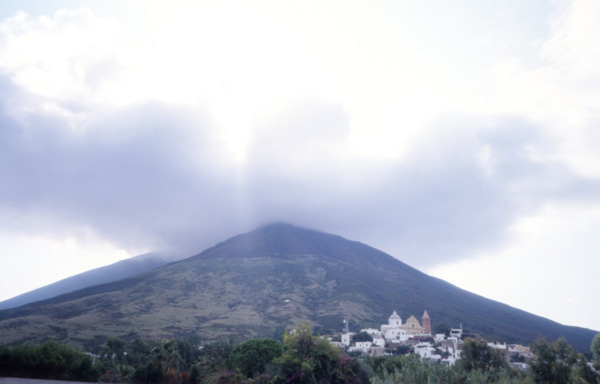 On September 22 2004, surrounded by the gas, I laid an egg at the top of Stromboli volcano.
After kneading a lump of clay into egg shape, I spread goat cream cheese on its surface to finish. 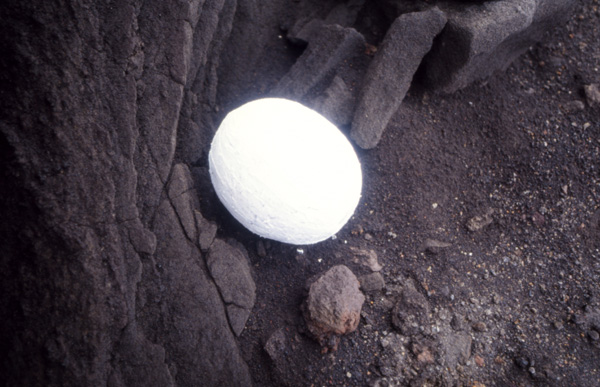 It took me only less than a day to create an egg bigger than that of an ostrich egg.
Each time I heard rocks rolling down slopes, the pungent odor proper to volcanoes was wafted on the breeze. 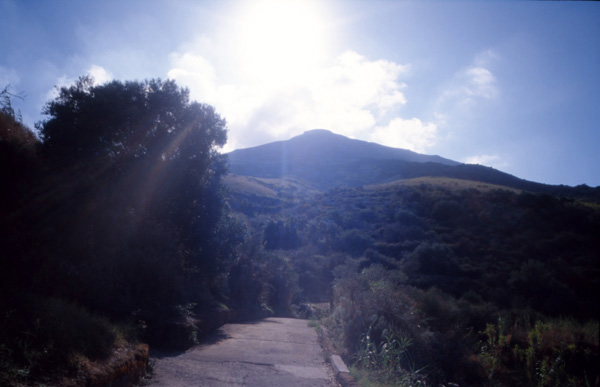 I put the egg behind a rock gently, and hurried off to a town at the foot.
With imagining the mountain must irritates the egg by its heat, and my baby bird will be hatched someday.