Conception of the Photosynthesizers
The significance of that human beings have the capacity for photosynthesis is the following.
Avoiding the money system. (Changing the existing economic structure.)
Avoiding the land ownership system. (Abolition of possession of natural resources.)
Reduction in ordinary working hours. (Having your own time much more than before.)
Efficient and productive use of natural energy.
Maintaining your body and mind healthy, living in harmony with the environment.

Developments of the project
2000
I started thinking about that if human beings were able to carry on photosynthesis, and writing a story about people who perform photosynthesis.

2008
I started to illustrate the idea as followings. I put a broccoli sprout into my own left arm and left eye. These performance became photograph works. Also I coined the word “Photosynthesizers” in this period, and set up the first basic settings for the Photosynthesizers.

2009
I planted a few seeds of wild strawberry in my left arm, a seed of muskmelon in my left  chest, and seeds of dandelion in my right foot. Then I was monitoring the passage of the affected areas for a certain time. The observation was being reported through the blog “Photosynthesizers Journal”. But the seeds never germinated more than several months later. It seems that the condition of human body doesn’t meet the requirements for seed germination.

*The light conditions are not always necessary.
*Human body contains the three major nutrients for plant growth: nitrogen (N), phosphate (P) and potassium (K) though they are not required for seed germination.

It is said that the composition of human body fluid is very similar to the composition of seawater. That was why I planned to cultivate seaweed or algae in my body. They carry on photosynthesis like plants do. I visited a fisheries experiment station to consult with them about it. In the beginning, I was planning to use wakame seaweed which is the most popular seaweed for food in Japan. I proposed to transplant a gametophyte of wakame seaweed into my body. But the proposal was rejected immediately because the gametophyte requires temperatures below 15 degrees C. Instead, they suggested to use green algae known as “nori” in Japan, the ingredient of dried seaweed for eating with rice. They told me that you might have possibilities if green algae could live in the outer layer of human skin and transfer from old skin to new as the skin change.

2010
I pasted algae seaweed on body to visualize the possibilities to photosynthesize, performed a person with seaweed skin, and made the photographic work series entitled “New Skin”. This work was exhibited in the group exhibition “Oxidized Reality” at The Museum of Modern Art, Gunma, in 2010.
On the residency program in Akiyoshidai, I was working on “The Photosynthesizers” related to the coral reef as the Akiyoshidai plateau was formed from coral reef. 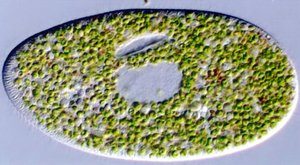 During my residence in Akiyoshidai, I had an opportunity to visit a biologist who is researching on endosymbiosis. He gave me detailed instructions on the complex mechanism of endosymbiosis. Simply put, ancient bacteria (technically called archaea) which is similar kind of human cell, eat cyanobacteria that obtain their energy through photosynthesis, but sometimes cyanobacteria escapes death and the both of them form an endosymbiosis. The requirements for endosymbiosis are:

I explained about the idea of the Photosynthesizers to the biologist and heard his view. According to him, if you could find a specific phototrophic bacteria that corresponds to human skin cell, the endosymbiosis may work and the bacteria may start to perform photosynthesis in your skin. 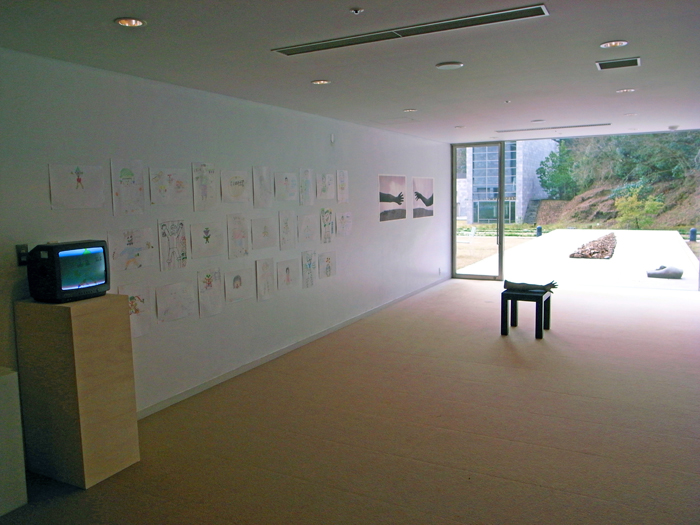