Works and researches on the Photosynthesizers on the artist-in-residence program at Akiyoshidai International Art Village in 2010. The produced works were exhibited at the group exhibition entitled “Space Reception” at AIAV.

Akiyoshidai is well known as the largest karst plateau in Japan. The limestone field of Akiyoshidai plateau was a coral reef three hundred million years ago. Generally, coral reefs have a symbiotic relationship themselves between photosynthetic unicellular algae and a kind of animal, polyp. As the Photosynthesizers is the project about chimera of human and photosynthetic organism, Akiyoshidai is a suitable place to develop the project.

Collaborating with local people, I made a concrete monument which merging human shape with vegetable shape. Also I made other mortar sculptures, photographs and film works related to the Photosynthesizers. The main ingredient of concrete or mortar is lime which was originally from exoskeleton of coral. 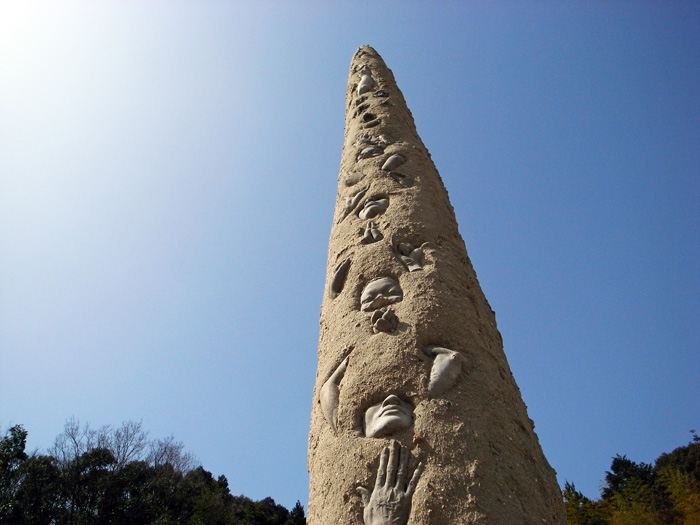