The Thought Which Reaches To Kazan-Yaki
I have been making sculpture by use of clay which is the long-time modeling material. While repeating production and destruction through clay modeling, I could not help paying attention to the physical peculiarity of the clay. As for the clay which is used for clay modeling, the character changes variously with the quantity of the moisture content. Namely, if the clay includes the moisture abundantly, it is fluid in mud condition. The clay has plasticity with proper quantity of water. When the moisture content is little in the clay, it seems like the soft stone. Furthermore the moisture decreases, the clay becomes brittle and breakable easily. And shattered clay is complete powder. Fluidity, plasticity, character like ductility, brittleness and powdery condition, the character comes and goes between those reversibly. The expressions of those characters are quite rich.
In order to designate the special character of clay as the substance for subject, I’d been choosing the method not to fire clay and replace it with other materials but to keep clay wet in variable state as a plastic art. But simultaneously that had meant the collapse of modeling. Furthermore, firing clay modeling is very important historically. Clay may not have been utilized as a modeling material without discovery of firing. However evading the replacement of the material is possible I cannot ignore firing the clay.
Clay has the marvelous character that when it burns, it becomes firm like stone. By firing, it changes in another substance which is called “ceramics”, “fired ware” or “terra-cotta”. This is irreversible change, one time the clay is sintered cannot return to the original clay which has plasticity never again. I had been accustomed to the soft and wet clay, so I felt deep surprise and strange feeling in this phenomenon. And then my thought reached that the basis of irreversible phenomenon is a structure of time.
Clay as a substance is originally coming from volcanoes. The clay that is used by sculptor and ceramic artist as the modeling material is the mineral which the stones and rocks on the earth changed to with passing geologic time and action. The stones and rocks on the earth namely the crust is the chilled and congealed magma which gushed to the ground by the heat convection inside the earth. The place where the magma is gushed is called volcano. The lava which comes out to the earth’s surface from volcano spending enormous time, changes to the clay mineral, and eventually it sinks with the continent and returns to inside the earth again. During this consecutive magnificent circulation, what sense will be able to occur to the human in doing productive behavior by use of that clay?
Clay is the result that magma had metamorphosed into after passing geologic time and action. It takes very enormous time that magma metamorphoses into clay. Therefore, it is thought that something essence of time is included in the clay. At this point I devised the new technique which is called “Kazan-yaki” that tries to fire clay modeling by heat of active volcano. I planned to visualize some kind of time structure by irreversibly reentering the clay modeling that is the substance includes my action as a life material to the magma which is source of the change.

Plastic World
The largest feature of clay is the expression of the plasticity with moisture and the sintering phenomenon in which it becomes firm with heat. Clay is the metaphor of the world for me. I feel the world has clayish essence. Here I try describing the world via two strange characters that clay has.

Plasticity is to make this world change convenient as human likes, and to receive its reaction. It is repetition of those human form things and things would be destroyed unexpectedly. It is production and destruction of systems, products, relations and environments without interruption. Plasticity is unrestricted deformation of the world, it is repetition of construction and dissolution, and it is freedom and also restraint by contraries. The world is plastic for the human. Plasticity of the world has reflected the plasticity of the brain. Plastic activity is a process of memory system. Future is always plastic for the human beings however it is good or not. Making clay modeling is similar to that the human makes the earth deform, is full of freedom, overflows with inconvenient at the same time.

Structure of Time
The other side, sintering which is irreversible phenomenon symbolizes the irrecoverable fatal time. That cannot be undone. That is a kind of oblivion as a surface effect. Sintering reaction comes into existence by losing the moisture completely which is contained in clay. Representations of those which are fluid phenomenon are water and time. Sintering phenomenon even paradox, becomes the phenomenon which symbolizes the time which flows by losing the water which flows. There are inveterate feelings of the human who feels the irreparable time that is called karma by Buddhist. All music occurs from the fact that we cannot control time freely. Will it become possible to handle time plastically in the future? Or only we can do is just counting the time?
When I bring the clay modeling that is shaped through myself into active volcanoes to bake them by making use of the energy of the earth which comes from the deep underground, I am in feeling of that enormous time in which the magma metamorphoses into the clay. If anything, the place is like a pool of time. What kind of thing is the structure of time? Perhaps gravity becomes the key to transform time.

The human race as a heterotroph, a fatal consumer in nature, can produce two kinds of things. One is excrement, and the other is art. The Kazan-yaki project directly shows us the fact that human activities essentially utilize and consume energy in nature. This project locates human behavior of production in circulation of the natural world and attaches importance to the process itself. Nevertheless the natural world is circulating, leaving that aside, I wonder where the past time is now. 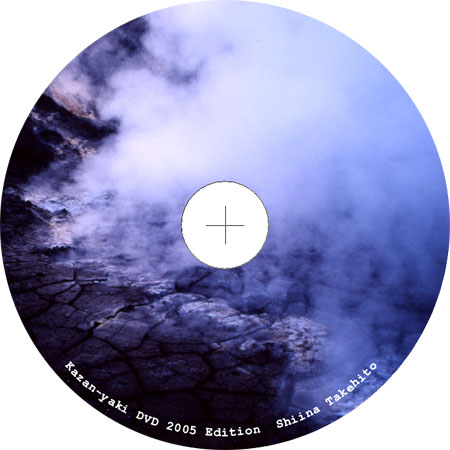 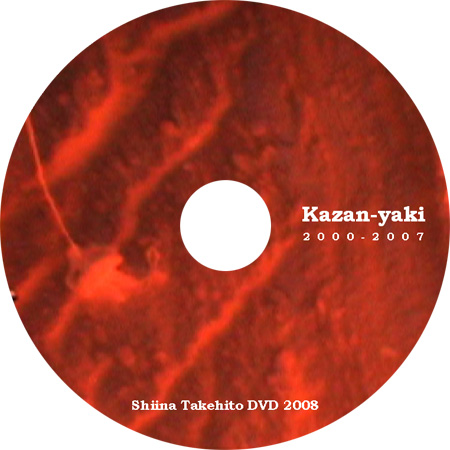